China established itself as a global entrepreneurship superpower in 2008 after embedding milestone trade deals with countries in Africa and Latin America. Subsequently, there was a global manufacturing shift to China adopted by many companies and countries. However, in recent times, China has faced backlash, and suffered the brunt of COVID-19 the most. This has reflected on all facets of the Chinese society, including its economy.

This sharp drop has also led to major countries and companies pulling out of China, resulting in a manufacturing shift from China. But why? What were the risks to China’s previously thriving economy?

Although China used to be the global manufacturing hub, generating a majority of GDP from foreign investments, the change from this position began in 2018 with the US-China trade war. However, several other risks also contributed to its economic fall.

President Trump claimed that China was engaging in illicit and unfair trade practices, thus instigating a conflict between two superpowers. The U.S. asserted a growing trade deficit, intellectual property theft, and the forced transfer of American technology to China.

Tariffs were introduced as barriers to Chinese products being let into the country. These tariffs subsequently promoted a manufacturing shift from China to domestic manufacturing – something President Trump advocated before the COVID-19 crisis, and continues pushing for now, laced with valid reasons.

The Inter-Parliamentary Alliance on China (IPAC)

The IPAC is an international cross-party group of legislators working towards reform on how democratic countries approach China. Proposed by the U.S. in response to China’s growing hegemony in the global market, this alliance is also concerned with the way China governs itself.

It includes representatives from the U.S., Germany, the U.K., Japan, Australia, Canada, Sweden, Norway, and members of the European parliament. These democratic leaders came together to comment on Chinese politics and policies, particularly in the wake of the Hong Kong Security Law.

On June 30, 2020, this law came into effect, handing over massive power to Beijing to control the previously autonomous Hong Kong city's happenings. The law gave Beijing the power over how the law in Hong Kong would be interpreted. It also criminalizes secession and subversion, along with damage to property.

These translated as highly authoritarian moves by the central government, leading to a global response against the law. IPAC is one of the reasons international governments are taking a stand against China.

China losing its status as a global manufacturing powerhouse opens opportunities for other countries. Countries like India already saw a shift by companies to resume manufacturing there, instead of China. This shift to other developing countries will increase the countries’ GDP, and better the economy by employing the cheaper labor available there.

This mass shift can cause several changes.

Countries like India, Mexico, Russia, and Brazil have long competed with China in production, as they also offer cheap labor. Therefore, when producers were considering the manufacturing shift from China, these countries stood out.

The challenges faced by countries during this shift

While the countries that are facing this shift from China are eager, there are certain drawbacks. As Nobel laureate Abhijit Banerjee points out, the global manufacturing shift from China will affect the Chinese currency.

The Yuan will indeed depreciate, making production and manufacturing cheaper in China. Therefore, there will be a manufacturing shift back to China. Meanwhile, according to a study by Japanese financial group Nomura, the destination for most companies exiting China remains East and South-East Asia.

Nomura found that 56 companies moved their bases from China in 2018 or 2019, and that Vietnam got 26 of them. Taiwan got 11, Thailand eight, and India got three.

Steps Taken by Companies and Countries

While we’ve seen the results of the manufacturing shift from China, we can also see two primary examples of this shift taking place. The first is by a country - Japan - removing their companies from China. The second is Apple, the leading smartphone company, shifting its production from China to India.

Let’s take an in-depth look at these examples to understand the repercussions.

While various countries continue vying for previously China-based companies’ attention, Japan has introduced a scheme to fund these transitions. It has offered to provide $2.2 billion of its record economic stimulus package to help its manufacturers shift production out of China.

China is usually Japan's biggest trading partner. Still, imports from China were drastically cut by almost half in February as the disease shuttered factories, starving Japanese manufacturers of the Chinese components they needed.

Apple Inc. is also planning a massive manufacturing shift from China by moving 20% of its production to India.

This decision aligns with India's production-linked incentive (PLI) scheme, designed to boost local manufacturing of electronic products. According to the scheme, a company has to manufacture at least $10 billion between 2020 and 2025. Apple sells $1.5 billion worth of smartphones in India. However, less than half a billion are produced in India, while $220 billion are manufactured in China. Taking 20% off that and shifting it to India is a huge deal.

The companies shown below have moved or are planning on moving out of China soon.

China's political policies have global implications. Additionally, the nation speculated as the origin point of COVID-19 does not help. With so many companies shifting out of China rapidly, there is evident and substantial fall in China’s GDP and manufacturing capabilities. Time will reveal if China continues being the global entrepreneurial superpower in the post-COVID-19 era or not.

Has China Taken the Lead to Become the AI Powerhouse?

The China Future
by Team TheXFuture

The China Future
by Team TheXFuture

If Data is the New Oil, then China is the Saudi Arabia of Data 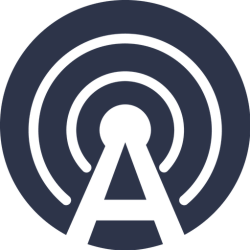 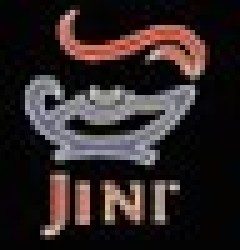